The Sant Esteve castle is located on a cliff, in a privileged Palamós area, between La Fosca beach and Cala s'Alguer. This strategic location has been used at different times in history for different purposes.

The first reference we have about the castle dates back to 1063, but the area had previously been occupied by a Roman villa and an Iberian settlement. During the second half of the 15th century, the castle was demolished in the context of the Remences War, and later, between the 16th and 17th centuries, using some of the castle's structures, a farmhouse was built which was also used as a lookout point against pirate raids.

Since 2011, work has been carried out to consolidate the structure of the castle of Sant Esteve to make it open to visitors. It can be accessed from a path on the Fosca beach.

Find your accommodation in Palamós 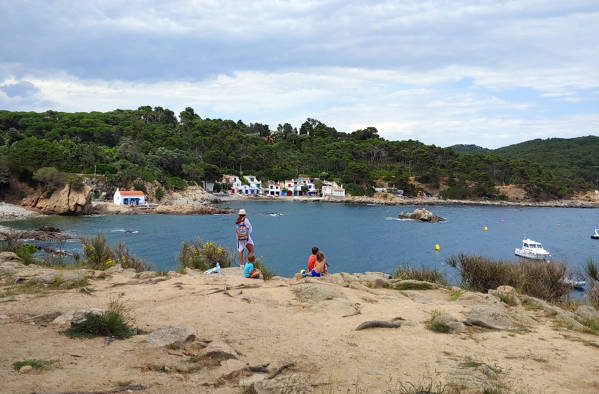 Palamós is moved by his port, an important centre of comercial, tourist and fishing activity. There are a lot of interesting activities for the visitors, like the fish auction, the visit to the Fishing Museum or the possibility to become a fisherman for a day with Pescaturisme.

A part of the fishing activity, Palamós also give a big offer for the visitors, like wine industry routes, sports and hiking journeys, or visiting beautiful nature, like Cala S'Alguer, declared Bien Cultural de Interés Nacional.