Santa Maria de Gràcia was a convent, now defunct, founded in 1606 located in the municipality of l'Escala, inside what they are today the runes of Empúries.

It was exclaustrated in 1835 until the Board of Museums was in charge of the remodeling as the headquarters of the Museum of Empúries.

But it was not until the beginning of the 20th century when the excavations and remodeling of the convent began under the direction of Josep Puig i Cadafalch, when the need arose to create a space to store the pieces and later be able to display them.

Recommended hotels and apartments in L'Escala

Find your accommodation in L'Escala 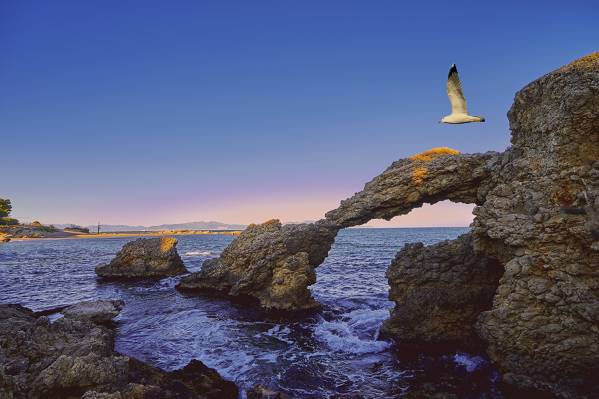 Its name is known around the planet because of the excellence in his main industry, the anchovy salting. During the visit in l'Escala, you can visit some of its factories, to see the traditional process in the elaboration, and the anchovy and salt museum.

Besides enjoying the beaches and coves like Cala Montgó, Platja de Riells or Cala Illa Mateua, also there is the possibility to discover the entrance door to the Península Ibérica of greek and roman culture visiting the Archeological Deposit of Empúries.

A few meters of the archeological deposit, there is thee medieval village of Sant Martí d'Empúries, another visit so recomended during your stay in l'Escala.