Enjoy the most spectacular coves of the Costa Brava and its wonderful natural environment. 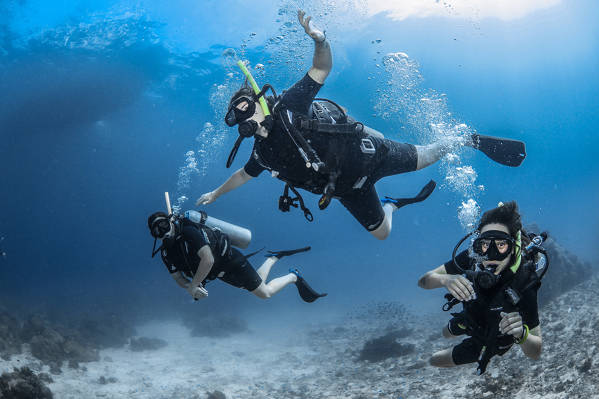 Enjoy the most spectacular coves of the Costa Brava and its wonderful natural environment.

Halfway between Palamós and Calella de Palafrugell we find the beautiful Canyers cove.

It is mainly made up of fine sand and rocks, and has a...

About five kilometres from the centre of Begur, in the residential area of Sa Tuna, we find the cove of the same name. It is a cove twenty-five...

Sant Roc cove is located in a residential area of Calella de Palafrugell, surrounded by a beautiful setting with rocks, cliffs and the presence of...

Port d'Esclanyà is a cove located in a residential area in the south of Begur; however, the landscape offers us a beautiful natural environment...

It is a small cove made up of stones and coarse sand located five kilometres south of the town of Tossa de Mar.

Cala Morisca has a difficult...

Cala Pola is located four kilometres from the town of Tossa de Mar, very close to the well-known Cala Giverola. It is a cove formed by coarse sand...

Cala Estreta is located eight kilometres from the town of Palamós, in the heart of the Cap Roig natural area of interest. It is a small cove...

Located six kilometres north of the town of Tossa de Mar, next to Cala Giverola, Futadera cove is known for its great charm and for being a...

Jugadora cove is located seven kilometres north of Cadaqués, very close to Cala Fredosa[/item_link ] and the Far del Cap de Creus, and due to its...

Maset cove is a beautiful spot on the Costa Brava. It is located in Sant Feliu de Guíxols, very close to Sant Pol beach.

It is a very secluded...

Aigua Xelida cove is located at the north of Tamariu, in a beautiful natural area dominated by rocks and pine trees, offering splendid views.

Just 2.9 kilometres from the centre of Palamós we find S'Alguer cove. It is a small cove about 60 metres long, made up mainly of coarse sand and...

From Platja d'Aro, following the coastal path and once past Cala Sa Cova, we find the small and welcoming Cala del Pi. It is often frequented,...

Es Codolar beach is located in the town centre of Tossa de Mar, behind the historic centre, right at the foot of the town walls. It consists...

The rocky cove of Roques Planes is one of the most beautiful and peculiar of Sant Antoni de Calonge. The erosion caused by the waves and the...

The seafront of the Costa Brava is largely characterised by its rocky and rugged landscape; this particular morphology forms enchanting natural spaces where spectacular coves bathed by crystal-clear waters are hidden. Some of these places are difficult to access and can only be reached by hiking routes or, in some cases, from the sea; there are also coves located in semi-urban environments, which are very easy to reach and have higher levels of occupancy.

Based on different criteria such as natural surroundings, waters, seabed and services, we have compiled our list of the 15 best coves on the Costa Brava.

Travelling along the Costa Brava from south to north, the first four coves we would like to highlight are in Tossa de Mar.

The first is Morisca cove, located in the residential area of Canyelles, on the road from Lloret to Tossa. It is in a beautiful natural setting made up of rocks and vegetation that can only be reached on foot, leaving the car in the area. It is an idyllic setting to enjoy total tranquillity.

We continue with Es Codolar, a beautiful cove in the Tossa de Mar centre, located right in front of the wall of the Villa Vella. To get there, follow the route of the wall and go down a small flight of stairs. As it is so centrally located, it is usually very busy.

A few kilometres north of Tossa, we find what is probably one of the most famous coves in the area: Pola cove. It is located in a beautiful natural setting, very close to a residential area. It is very easy to access and has services such as a beach bar where you can have a drink. It is ideal to enjoy a day out with the family.

The last cove we would like to highlight in the area of Tossa, close to the also known Giverola cove, is Futadera cove. It is surrounded by a beautiful natural landscape, with crystal-clear waters and cliffs. It is undoubtedly one of the most beautiful postcards of the Costa Brava.

Halfway between Sant Feliu de Guíxols and s'Agaró, we find the small El Maset cove. It is located between two reddish-coloured cliffs, and can be reached by a flight of steps. It is a very pretty spot bathed by deep, crystal-clear waters, and usually has a fairly low level of occupation.

In Platja d'Aro we find the impressive El Pi cove, listed as one of the best beaches in Europe. Its beautiful rocky seabed and crystal-clear waters make it a place that is very popular with bathers.

Several kilometres uphill, to the south of Sant Antoni de Calonge, you will find the Roques Planes cove, one of the most beautiful and peculiar in this area. It is an impressive natural space formed by rocks that, due to erosion caused by water, have adopted a practically flat shape. It is easily accessible by taking a stroll along the coastal path.

To the north of the town of Palamós and near the well-known Castell beach, we find S'Alguer cove. It is a small, rocky space with a lot of charm that usually attracts the attention of photography lovers. The main features that make it so picturesque are the fisherman's cottages and the boats on the shore.

Canyers is a beautiful cove that is difficult to access and is reached by a small path. Its main features include its beautiful natural surroundings, its rocky ground and two old fishermen's huts that guard the area.

Estreta cove, located next to the Cap Roig area of natural interest, is separated from En Remendón cove by a large reef that acts as a boundary. This is a spectacular natural landscape that is well worth a visit. In one of the corners of the cove we find a fishermen's hut that has been restored and can be rented for your own use.

Several kilometres to the north, in Calella de Palafrugell, we find Sant Roc cove. It is a cove of small dimensions and quite popular. Its beautiful landscape formed by sand, rocks, crystalline waters and some picturesque fishermen's cottages, make the cove an ideal place to relax for a while. It is also close to the promenade and several bars and restaurants.

In the neighbouring town of Tamariu, we find the Aigua Xel·lida cove, one of the most beautiful natural spaces on the Costa Brava, which offers us some truly luxurious views. At one of its ends we find one of the first houses built in the area.

In the area of Begur we find Port d'Esclanyà cove, one of the most beautiful and idyllic coves in the area. Its crystal-clear waters and the rocks and vegetation that characterise it form a beautiful landscape. It was formerly used as a port, and there are several porches that bear witness to this. It is ideal for kayaking or snorkelling.

Sa Tuna, the best known and most famous cove in the Begur area, is very popular and accessible for people with reduced mobility. It is one of the most beautiful and recognisable postcards of the Costa Brava. Its beautiful waters and pleasant location stand out.

Finally, in the Cap de Creus area, a few kilometres north of Cadaqués, we find Jugadora cove. It is probably the prettiest cove in the area thanks to its beautiful surroundings of vegetation and rock formations.

Find your accomodation in Costa Brava